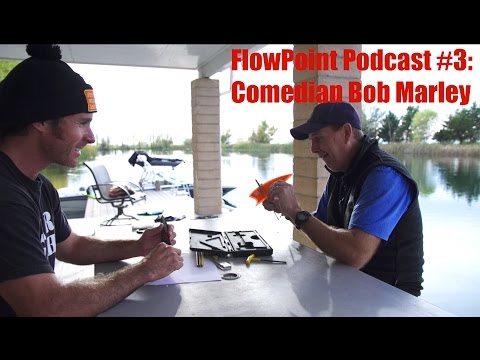 It was 2002, and I was hanging with my good friend Jamie Beauchesne…. we were down in Charleston South Carolina, training at Trophy Lakes, and someone brings out a CD (remember those things) of Bob Marley. This was pre-dreads, but I had already developed a bit of a liking for Reggae. BUT, this wasn’t the normal Bob Marley.

I think we hung out that afternoon, lakeside, with a few good friends, listening and laughing at this dude that we had never heard of before….it was like listening to someone paint funny comic picture after picture, using a homemade paint brush to spread years and years (layers and layers) of thick and heavy New England accent all over an unseen canvas.

That was the first time I heard Bob Marley.

Years later (maybe a year ago), I got a notification on Instagram: “@BobMarleyComedy” liked your picture. Then another…and another… I didn’t know it yet, but his boys had fallen hard for the water ski life, and they were dragging their dad with them.

He’s been on just about every late night show there is (Jimmy Fallon, Letterman, Conan, Comedy Central, Sirius and XM) and he’s been in movies (The Boondock Saints) and last week, he and his boys flew out from Maine, to ski a few days with me here at The Ridge.

We had a blast…and we found some time to sit down in between ski rides, by the lake, and talk about whatever the hell we wanted to talk about. Its FlowPoint Podcast #3. And you should buckle up and play it, NOW!

Thanks for listening! Share this if you enjoyed it!