AdamCord Posts: 1,025 Open or Level 9 Skier
June 2017 in Skis Fins Bindings
Publicly we at Denali Skis have been very quiet this year. What's been going on behind the scenes, however, has been anything but quiet. Originally we had planned to launch a 2017 model in the spring of this year, but as with many things, plans don't always go the way you think. At the end of 2016 we made the "final" tweaks to the 2017 ski and were prepping to build production molds and start 2017 production. In our testing through the summer and fall of last year we made several new fascinating discoveries about ski shape and performance, and had incorporated them into the new design.

The problem, however, was that we felt we hadn't pursued these new discoveries as far as we could. The idea that we could make the ski even better by continuing to test and prototype throughout the winter and spring was too tempting. We then had a choice to make. We could stop prototyping and focus on getting production going for 2017, or we could delay production while we push the limits of these new design ideas as far as we could. We're in this much more for the fun of ski design than to sell skis, so of course production was delayed.

15 prototype molds were designed and built over this testing period, each iteration pushing the envelope further. I don't think we've ever had so much fun designing and testing skis! We're at a point now where we feel the ski is allowing us to ski well beyond what our skills as skiers should allow, which honestly feels a bit like cheating. We now feel that the ski is finally ready. Seeing that it's already June 2017, this new ski will be the 2018 model. The c-65 gets it's name from the version number, version 6.5 (last years ski was version 3.4).

From here we will spend the next few months getting 5 sizes (64, 65, 66, 67, 68) ready for production, and you may see a few of these skis in the wild as the Denali Test Team dials in fin settings. We'll make an announcement about availability in the coming months. Each of these skis is built by hand by us in Charleston, SC, so production and availability will be limited. We're keeping the design details close to the chest, but be assured this is something very different from what the rest of the ski world is doing.

Here are videos of our recent sets on the new c-65. Note that we are NOT professional slalom skiers. We're in our mid 30's, we have full time jobs, we have nagging injuries, etc. Simply put, we shouldn't be able to ski this well. Enjoy 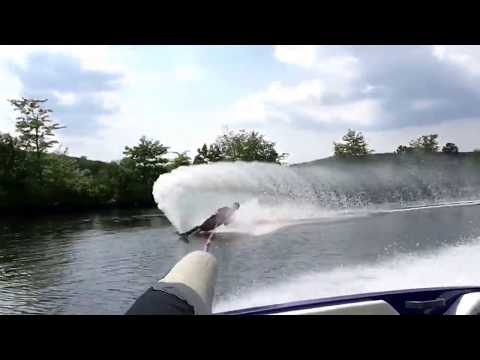 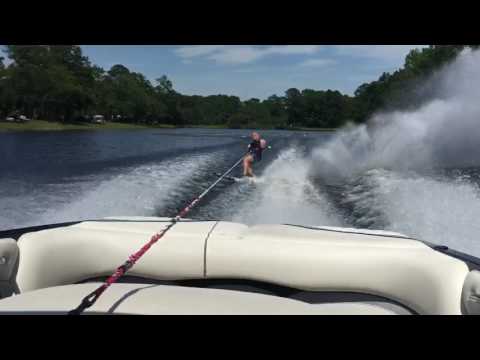