Gloersen Posts: 1,163 Mega Baller
August 2 in Videos, Photos & Media
maybe most GoPro users already are aware of the GoPro Labs beta firmware utility.
but if not, among the features, is to set the camera to REC start/stop based on GPS speed (like Wakeye).
It's a huge convenience, creates clips easily viewed/edited, and with external power supply (batt pack), it can just be left on for the entire session. I've yet to have an overheat shutdown even in 90F plus weather for several hours.

Link to firmware:
How to Install GoPro Labs Firmware

To set the camera for desired settings a webpage is accessed to create a QR Code; save the QR Code pic on a cellphone, turn on GoPro, point the lens at the QR code with viewfinder, presto; the camera settings are in effect.

Here the GPS is set to record on at 43kph/record off at 37kph:

Of course GoPro has very good image stabilization with hypersmooth.

sample, but also to encourage @swbca to post video. There's all sorts of wrong and bad with this skiing, but as an aging, post-Achilles blow-out, and consequential LFF to RFF convert, still a lot to learn. 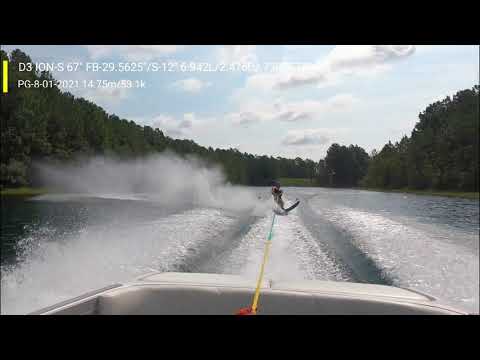