The new KD Titanium is a refinement of the KD Platinum. A review of the 2017 Platinum can be seen here.

The dimensional difference between the Platinium tested in 2017 and the Titanium is subtle but the improvements are clear. The bevels, rocker, and flex have all been refined to make a very good ski even better.

The Titanium feels more like an extension of the skier than a piece of sporting equipment that must be adjusted to. The titanium is fast into the wakes and delivers automatic turns. The Titanium also provides an unexpected level of forgiveness when the skier does something unwise.

Most skis turn with a bias toward tailslide or a bias toward the front of the ski pulling to the inside. The Titanium is distinctly neutral and delivers a turn that can be described as a “hockey stop” turn. The turns are quick and feel like the ski is rotating around the skiers' feet. The more the skier can stand tall on the ski approaching apex and delay the ski rolling to the inside, the more distinctive the hockey stop turn will be.

If the skier forgoes the hockey stop style turn and moves their mass to the inside / rolls the ski in early the Titanium will provide a fast caving turn.

The ski works best with a neutral to forward weight bias approaching apex ( as with most skis). 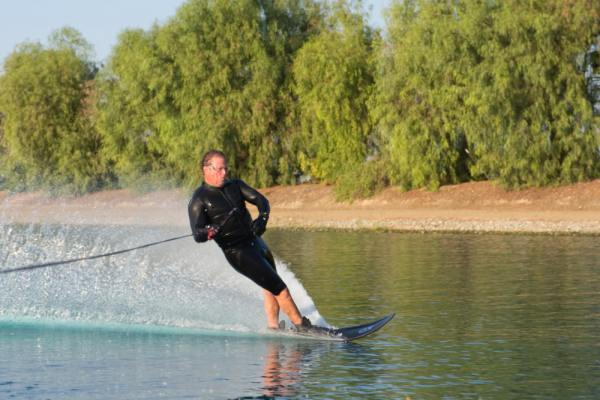 The Titanium makes ample speed into the first wake with a moderate amount of load and effort from the skier.

Remarkably, the ski will allow the skier to recover from a major mistake at the ball and still make enough speed by the first wake to stay in the pass.

The ski casts out off the second wake naturally and carries ample speed to apex. It rides moderately deep in the water providing stability approaching the ball. 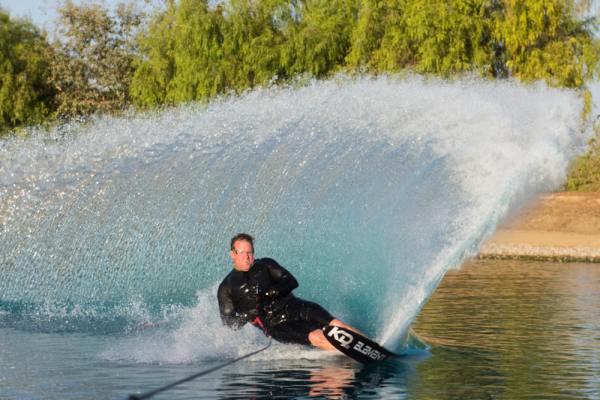 This ski is a personal favorite of mine because it just works. During this review period, I did not think about how I needed to adjust my skiing to work with this ski. I spent most of the rides just refining my craft and or trying to ski up to my PB. 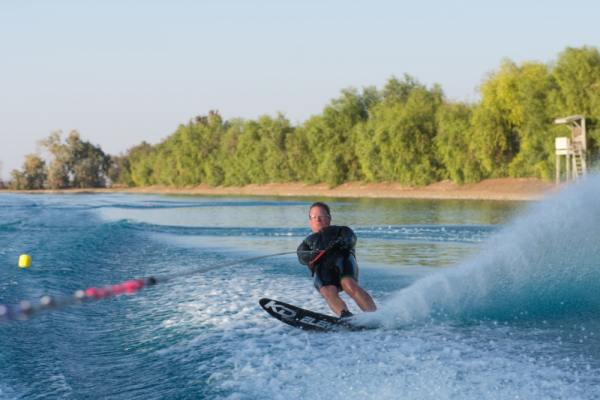