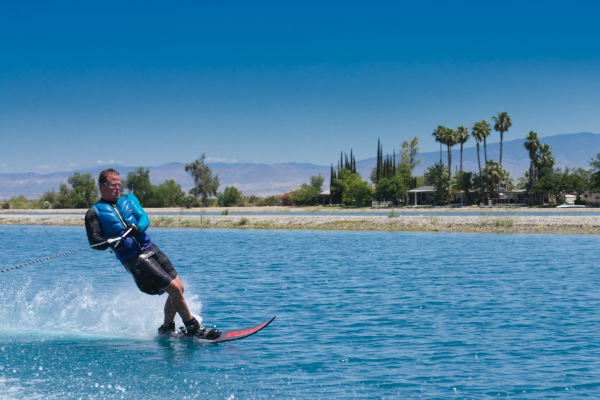 Intro
The Goode XTR CC is the 3rd refinement of the classic Goode Nano 1 (XT, XTR and now the XTR CC). The technological difference between the XTR CC and its predecessors is the ski’s construction. Since last year, all Goode slalom skis are built with Carbon Core construction. See http://goode.com/blog/tag/carbon-core/

General feel
The XTR CC is one of the fastest skis tested to date. It requires very little physical strength to get from side to side and achieves width easily. The ski performs best when the skier restrains aggression.

The XTR CC is stable in pitch and yaw, but loose in roll. This means the tip stays down and the attitude of the ski is relatively constant the tail does not seem to slide excessively around apex, but the ski rolls side to side freely.

The speed of the XTR CC and the fact that it rides deep in the water is paradoxical. Typically, fast skis ride high on the water and are twitchy whereas deep riding skis are slower and more stable.

Off Side
Off side turns on the XTR CC are basically foolproof. The skier needs to only stay centered and calm. This ski is particularly forgiving to imperfect technique approaching and through the Off Side turns. Since the ski is loose in terms of roll, the skier must avoid allowing their mass to move too aggressively to the inside. If a skier does move to the inside too aggressively they will exit the ball in an over-aggressive lean.

The fact that the ski rides deep in the water means that if the skier pushes too hard the tail is very unlikely to blow out. 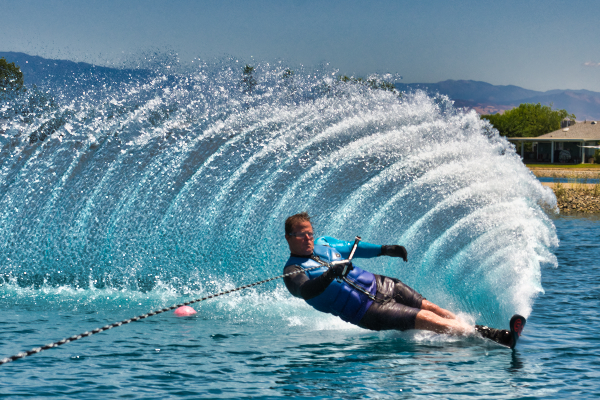 On Side
On Side turns are smooth and predictable, but, as with Off Side, the skier should not let their mass move to the inside prematurely. If the skier moves to the inside too much or too early the ski will roll over excessively and result in a sudden and unexpectedly hard turn. Controlling the roll of the ski is much more critical on the On Side than the Off Side.

For the review, I found that if I emphasized keeping two hands on the handle extra-long my On Side turns went from inconsistent to very good. This technique stabilized my upper mass and delayed the ultimate roll of the ski until I was ready to finish the turn.

Wakes to ball
The XTR CC draws an early line and gains width from the wakes to apex automatically. The ski “moves out” with less resistance than most skis on the market today. As an example of this is a skier approaching a 1/3/5 turn will feel their feet move right sooner and faster than normal.

Unlike some other “fast” skis, the XTR CC does not carry more speed to apex than can be managed.

Ball to wakes
When ridden with restraint, the XTR CC makes buckets of speed with very little effort from the skier and remarkably little load in the skier's hands.

If the skier is overly aggressive into the wakes, the XTR CC will acquire excessive speed and load.

Conclusion.
When ridden with a little restraint the XTR CC is a joy to ride. Perhaps, the only thing not to love about the ski is that, once you make a major mistake and try to muscle the rest of a pass, the ski is less friendly.

Quirks
The ski is the least fin and binding settings sensitive Goode tested to date. The right settings are always critical, but small moves are not as apparent as expected. This is perhaps a result of the ski riding deeper in the water.

The XTR CC glides unusually free on the gate pull out. The ski requires very little effort to get wide on the boat and then bleeds that speed slowly. This is neither a good or bad attribute, but does require the skier to adjust their gate pull out timing and intensity. 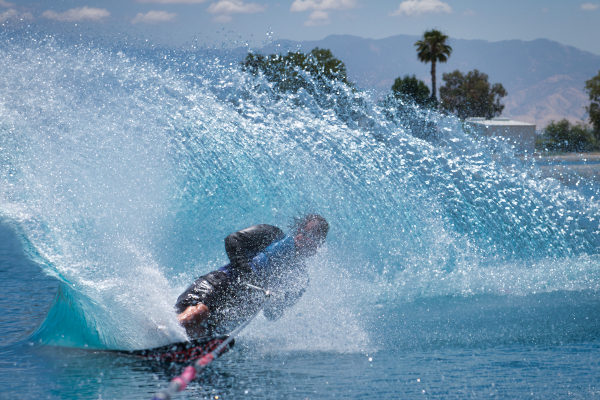